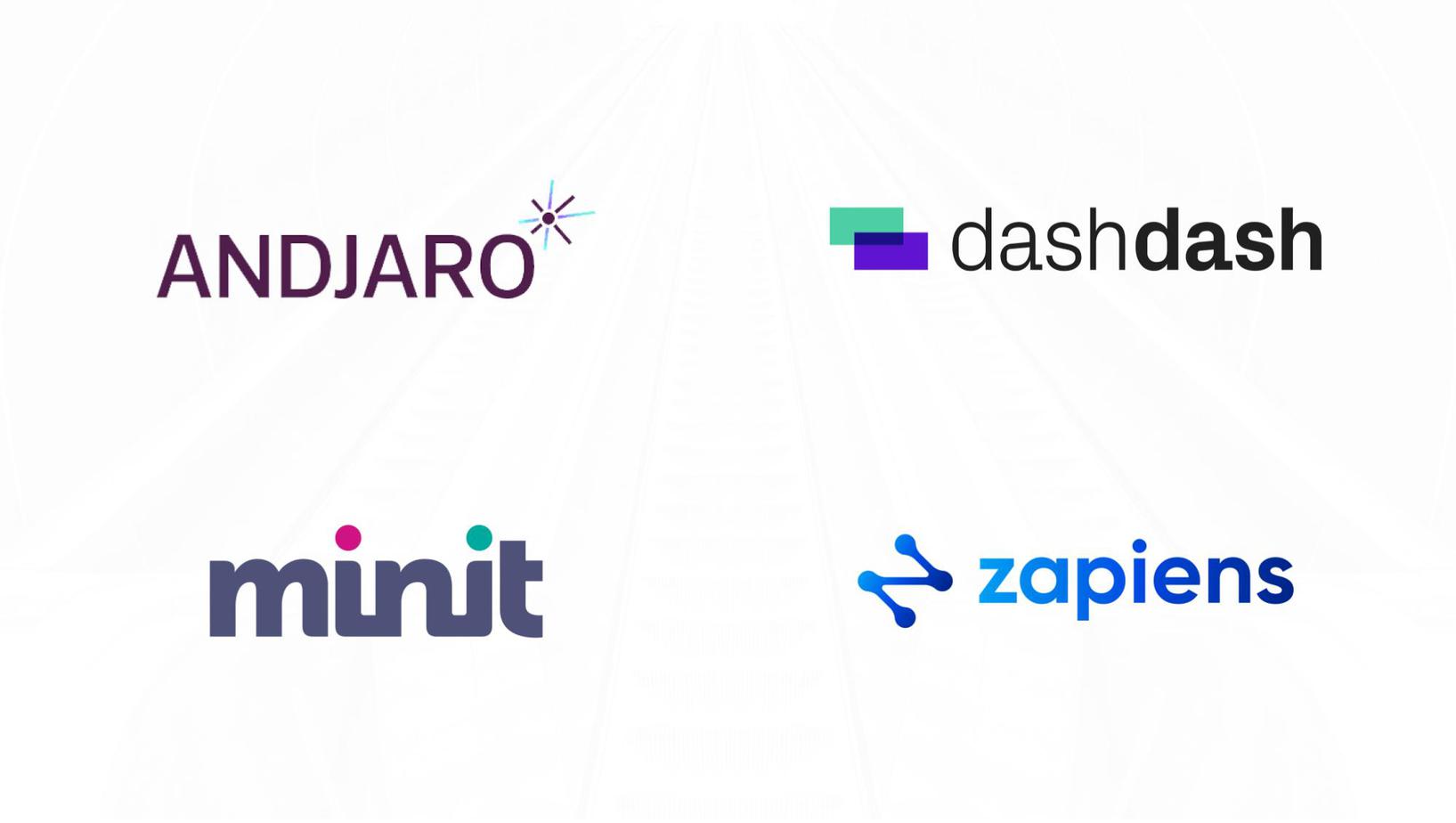 Backed by Balderton with a €5m Series A in 2018, the round was also participated in by SAP.iO, SAP’s early-stage CVC arm. Listed by Sifted as one of the top startups to follow in France, they won the Accor Innovation Award for the “Internal Marketplace of Flexible Employment” Challenge, organised by the Accor group during VivaTech 2019.

Andjaro’s platform facilitates the mapping, reallocating and load balancing of internal workforces in large organisations, especially when their workforce is spread across multiple sites.

Instead of hiring expensive temporary or fixed-term contract staff through agencies, the Andjaro platform enables the reallocation of available and voluntary internal staff from other locations within the organisation. They are currently handling over 150,000 staff transfers each year, saving clients over €15m.

Listed as one of ten European startups with the potential to disrupt the HR industry, Zapiens boast an impressive list of enterprise clients across a range of sectors. They were recently recognised in the 2019 Understanding Awards for the successful collaboration between them and Vodafone as the best in its category, HR, for its disruptive solution to face strategic innovation challenges and digital transformation.

Zapiens software helps employees find answers to any question they may have during their working day. When the system doesn’t know the answer, it’s able to find someone in the company’s network to answer back. The loop finishes when additional users benefit from the previous flow getting direct answers to their similar questions without human interaction.

Through such collaborative intelligence, humans and AI actively enhance each other’s complementary strengths. It can be integrated into a number of tools where questions are routinely asked, such as Slack, Microsoft TEAMS, SAP, and Salesforce. With 20+ large corporates as customers, more than half a million questions have already been answered.

dashdash – The best business data and APIs in a spreadsheet

They raised a Series A round back in mid-2018, $8m led by Accel, with Cherry Ventures and Atlantic Labs & Felix Jahn (co-founder of McMakler) also getting involved. They were recently nominated for the Golden Kitty Awards for the no-code product category (hosted by ProductHunt with sponsorship from Airtable).

Building an interactive web app typically relies on coding skills or navigating complex processes of IT departments and agencies. dashdash’s cloud platform allows people to create web applications using just their spreadsheet skills. Combining a familiar interface with a highly sophisticated backend, the software offers powerful functionality and integrations not supported by traditional spreadsheet tools and removes the barrier to entry for users without programming experience.

With dashdash, users can type formulas into cells which can connect to online services and automate their workflows across a wide range of enterprise functions, like marketing and research. The platform is currently in closed beta, and will be launched more widely later this year.

They’re backed by an impressive list of investors, raising a Series A in Q4 of last year – €7m led by Target Global, with participation from Salesforce Ventures, OTB Ventures & Earlybird VC. They were recently assessed as Major Contenders by Everest Group in the PEAK matrix for process mining.

Minit enables individuals, teams and entire organisations to do what they are best at by enhancing their day-to-day work with deep process insights and functional technology.

Minit enables companies to automatically analyse their logs to discover processes, from which they can identify specific areas to improve process and minimise operational risks and inefficiencies. Process mining expedites product delivery, speeds up order-to-cash cycles, shortens lead times and maximises the efficiency of your operations.