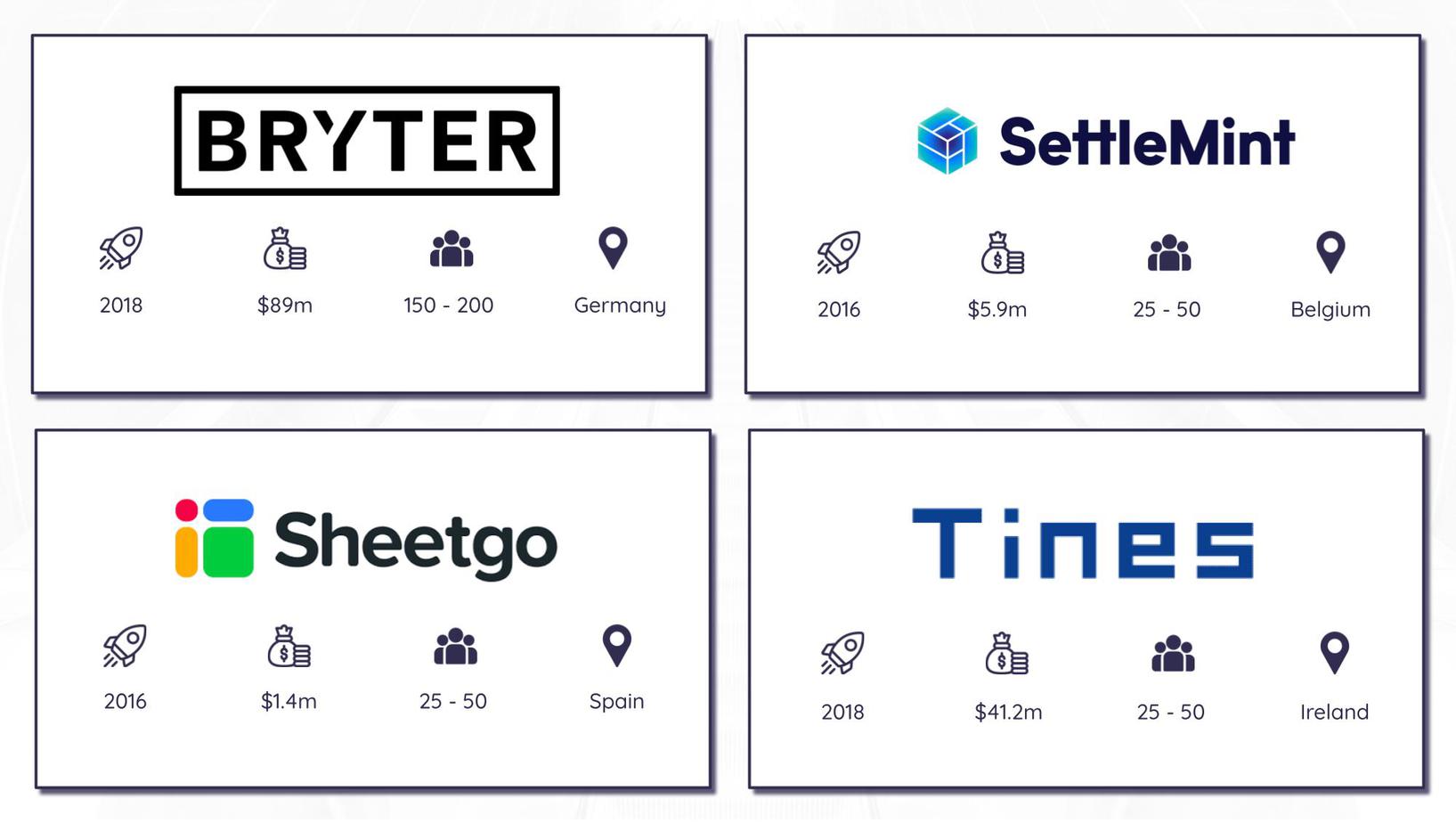 In the world of innovation, venture capital, and SaaS startups, Low Code Development Platforms (LCDPs) & No-Code Development Platforms (NDCPs) have developed a certain level of “hype” around them. Whether this hype is deserved or not is still yet to be answered – it does take a couple of years for the technology to show its full potential. But, what we are seeing at the moment is vast amounts of investor money being poured into this.

Taking a quick look at the data on Crunchbase we can see that there have been twenty-four Crunchbase known rounds that raised over one million USD in 2021, totalling just over 584 million USD. The total for all of 2020 was just over 585 million USD. With almost half of 2020’s total funding amount coming from Unqork’s massive $207 million Series C round.

Clearly, investors are placing their bets that LCDPs & NCDPs will make a lasting impact. This interest in investment is further pushed by Grandview Research who claims that the LCDP market alone will reach $86.92 billion by 2027. Further, Gartner has predicted that more than half of enterprises will use some sort of LCDP within the next two years.

Beyond the venture capital investments and potential market size, what really is LCDPs & NDCPs?

Typically, both LCDPs & NDCPs incorporate a graphical user interface (GUI) with drag and drop features to create software applications instead of hard coding. The main difference between the two is in the name, one involves a low amount of coding, the other? No…code…ing.

In an LDCP much of the repetitive coding is taken away through drag and drop features with only specialised or customised aspects needing to be added in through simple coding logic. Essentially the grunt work of the application building is done through the drag and drop features giving the developer the opportunity to focus on the smaller amount of the code that makes the application they build unique.

To conceptualise this, look no further than where you are looking right now, in front of your eyes, on the screen, this website, which is created using – WordPress. Or, as we in the know call it WP. Before tools like WP came out, developers would have to spend time creating the website from scratch or individuals would have to spend weeks learning how to code.

When LDCPs like WP came out the democratisation of websites was unleashed unto the earth. For no longer did mankind need to learn to create, anyone was able to build a website with a few clicks of the button.

This same thing is happening with the advent of enterprise SaaS LDCPs & NDCPs. Instead of needing to bring in a developer to create simple custom applications, anyone is able to do it themselves (DIY). Allowing software developers to focus on more interesting and important tasks around infrastructure or other strategic concerns.

LDCPs & NDCPs are not trying to take away jobs from development teams, what they create are still too basic to do so. Instead, it allows a founder to create a website and their product MVP, a sales team to automatically send follow-up emails, or a customer service team to create a chatbot. Those are just a couple of examples of the potential for LDCPs, in reality, the use cases are fairly endless.

Bryter is a no-code automation platform intended to help consulting firms, banks, corporates, and public administration across the globe to digitise and scale their services. The company’s platform helps professionals to build, manage, and sell interactive applications, without the need for programming or coding skills, enabling clients to automate recurring and standardisable decision-making processes.

Bryter more seamlessly falls under the category of “no-code” than low-code. What makes Bryter interesting is just the mass amount of applications that can be built on their platform, check out this very exciting, cool, trendy video to see some of them. Bryter also incorporates what they call service automation which is their hope that manual tasks that are currently taking up peoples time can be fully automated through their platform.

With blockchain back in focus due to Bitcoins recent Bullrun, swiftscale has seen inquiries around blockchain on the rise. Settlemint is an LCDP that creates blockchain applications in a much faster time than creating one from scratch. This means, time to market for blockchain applications are greatly reduced. Giving organisations the ability to quickly set up, and test out, if blockchain is the correct path forward for them.

Sheetgo is an automation tool designed to work with spreadsheet information. Their tool implements data management systems in spreadsheets by connecting and automating data transfer and helps in visualising all connections via a web dashboard, enabling organisations to optimise their use of spreadsheets to help create intelligent data-driven services, improve data governance and reduce data risk.

Sheetgo helps to fix a problem that continuously comes up in our conversations with swiftscale’s Executive Network and Corporate Partners – data unification. Sheetgo creates a no-code platform that unifies different spreadsheets across an organisation’s entire estate. Where previously an organisation was passing around a single use excel file, they are now able to create workflows to seamless connect their data all from a spreadsheet.

Tines combines security orchestration, RPA, and a low-code user interface to automate any manual workflow. Initially, Tines was intended to simplify enterprise security but has since expanded into other verticals. The company’s platform lets teams automate any workflow and also produces automated phishing responses which help to integrate directly with any tool in the technology stack, enabling users to do their tasks efficiently.

Tines most recently raised a $26 million Series B at a massive $300 million evaluation, from investors such as Blossom Capital and Accel. Beyond their success in convincing investors that they will be the next big thing, Tines has a focus on helping security teams do their jobs more efficiently. By enabling security teams to create custom automated workflows they are able to focus more on what really matters instead of answering simple questions. From this niche, Tines has begun to spread out into other categories.