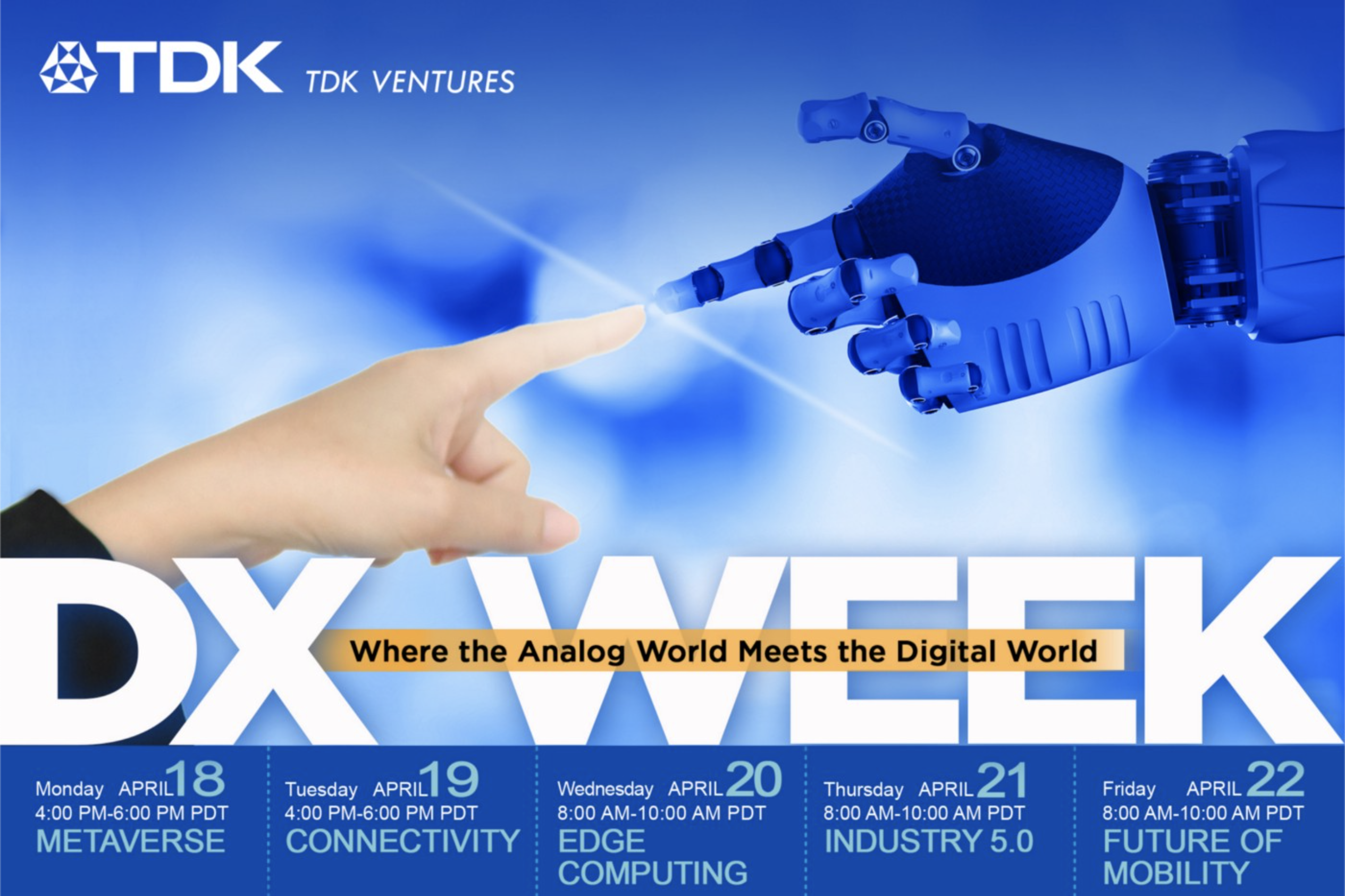 “I don’t think I’ve seen anyone else doing it, but we have completely turned the challenges of a physical conference around for online impact.”

DX Week kicked off on Monday, and in part 3 of our interview series with Nicolas, we wanted to look deeper into the event itself.

After all, the potential Digital Transformation (DX) has over the next decade might be illustrated best by the fact that a conference on the very topic is being hosted digitally, across the world, and that’s now very much a norm. Both for people attending, but also people speaking on the panels. It really shows what we can all achieve when we need to.

How will you be running DX Week?

“Our thought process was, ‘how can we slice this differently’? Instead of doing 5 sessions in a day, we do 1 session a day over 5 days, and that’s something that people can digest and act on.”

“I don’t think I’ve seen anyone else doing it, but we have completely turned the challenges of a physical conference around for online impact. Think about the conferences you’ve been to – you have to go to a place, travel, so you want to make the most of one or two days and then you fly back. But today as we are all online, a full day watching things at home is too much, and you don’t have that networking part.”

“And we have great learnings from Energy Week, so we kept the same structure for the sessions that we used for that. Each day, we have 2 hours to discuss one of the big topics and for each session we have invited top people.”

“What this also allows for is a totally international audience, and we have made the session times reflect that desire for people to dial in from wherever they are.”

Will there be another DX Week?

“Absolutely. Even look at the name – we don’t call it DX Week, we call it DX Week 2022. Every April will have a DX Week, and every October we will also hold an Energy Week.”

We had a reflection week recently where everyone from the TDK Ventures team from all over the world came to San José, and we spent time together, inviting top VCs to meet with us. And some of them said that what we did with Energy Week was amazing, that we basically put a flag down as the hub of energy transformation. So I have no doubt it was a success, and we are going to make it an institution.”

“It’s not impossible that in the future we will have more sessions in the week, more amazing panelists. So what I am expecting is that these events grow year on year and have an increasing impact each time – and what I mean by impact is ‘what people are going to do after they listen to the panelists’. That’s what I am really interested in. What does it bring in terms of change and actions after the event?”

What’s the goal from DX Week?

“We are facilitating discussions, and from Energy Week we know that there are entrepreneurs that are now funded because of connections and conversations that were made.”

“On top of that, if you look at Energy Week for example, we wrote around 14 thought leadership pieces, with each piece containing so many golden nuggets. And I expect DX Week to even go beyond that. Once it’s finished we will probably post for the next 6 months new thought leadership pieces on the 5 amazing topics, all of which will have come from the discussions from the event.”

“Through this sharing of information in these bitesize golden nuggets, we are getting people to digest really important ideas. That might lead to a priority project inside a big company, or a startup created by an entrepreneur, or even a new government initiative that will really make an impact.”

Over the course of these interviews, it was really great to see how TDK Ventures have approached DX Week. I can clearly see echoes back to the first time I interviewed Nicolas about the fund – this is about building best practices to run these conferences in a way that prioritises and strives for two huge goals for the future – Diversity and Impact.

In part 1, we explored the why – mainly, why on earth are a VC fund hosting an event on DX? And hopefully over the course of all 3 parts of the interview, you’ll have seen exactly why. To make an impact and contribute to society.

In part 2 we focused in on Diversity, and how important that is in all its measures to the very foundations of the event.

And in this 3rd part, we’ve looked at how DX Week has been organised, and we’re incredibly excited that this won’t be the last of this event, just the very beginning.

As far as conferences go, this one won’t just be sprinkled with TDK Goodness, it will be covered in it!

For more on DX Week, check out this Medium post by Nicolas highlighting the key themes and more on why they are doing it.

For more on TDK Ventures, check out their website and our previous interview with Nicolas exploring CVCs in the modern era.

PrevPreviousDriving Diversity – Why the 50-50 gender split in panelists means so much for DX Week.